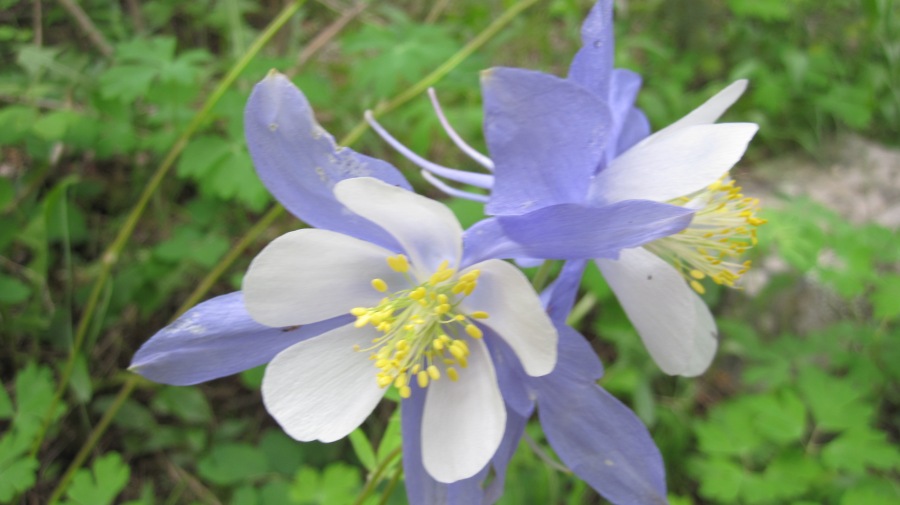 Eighteen years ago, two high school students plotted a massacre at Columbine High School, which is only about twenty miles from my home. On April 20, 1999, they killed twelve students and a teacher in one of the most deadly school shootings in U.S. history. I remember watching the events unfold on TV that day and how horrified I was that anyone could do something so evil, let alone two kids. Recently, I read Columbine, the book by Dave Cullen, and learned that a lot of what we had been told about the massacre was not true.

One widely spread myth was that Cassie Bernall was shot because she confessed her faith. A witness said that Cassie’s killer asked if she believed in God and she said yes before he shot her. There was some truth behind the rumor. A student was asked if she believed in God but it was not Cassie; it was Valeen Schnurr. While the martyr myth persists, the truth is more compelling to me. The purpose of professing faith is not to bring glory to yourself but to bring glory to God. Valeen seems to understand this. Although I don’t understand why Cassie’s mother Misty chose to write a book that perpetuated this myth, even after being told it wasn’t true, I can understand how desperately she must have wanted something positive and inspiring to come from her daughter’s senseless death.

Columbine was a spiritual turning point for me. In my grief I returned to church because I wanted to be with people who believe in goodness and love. Columbine reminded me of how much evil there is in the world. It was frightening to think that the world had changed so much in my lifetime that students who were bullied would strike out at their peers with hatred in their hearts. That’s not how we responded to bullying when I was a kid.

After reading Cullen’s book, I know that the motive was not retaliation for bullying. Eric Harris and Dylan Klebold were not social outcasts – they had lots of friends. They did not target jocks or any other group for revenge. They wanted to kill as many random people as possible.

In the immediate aftermath, it became clear that Eric Harris was the more evil of the two killers. He wanted to outdo Timothy McVeigh, the primary perpetrator behind the Oklahoma City bombing. He intended to kill several hundred students by placing two bombs in the “Commons” area, timed to explode at the busiest time of day. He and Dylan planned to shoot at the bomb survivors as they raced for the exits. Fortunately, Eric was not a skilled bomb maker. Unfortunately, he was able to acquire guns easily by asking a fellow student to purchase them at a gun show.

Eric predicted that people would not understand his reasons for murdering. He figured they would say that he was insane or crazy. Based on the evidence, including the basement tapes and Eric’s journals, it is likely that he was a psychopath, though most are not violent. His motive for killing was twofold: to demonstrate his superiority over others and because he got a sadistic pleasure out of it.

Psychopaths are not insane but they do have a personality disorder. They lack empathy. Psychopaths do not have the depth or complexity of emotions that normal people experience. A psychopath’s emotions are primitive, a reaction to threats to their own welfare. They experience emotions like frustration, rage and indignation.

The frightening thing about psychopaths is that they are skilled manipulators. They are able to mimic normal emotions easily – joy, grief, sadness, anxiety – and can be quite charming. They are proud of their ability to disguise their disregard for others and enjoy fooling people. It’s like a game to them.

Eric did not have respect for morality, justice, rules and laws. In his journal, he wrote that there is no such thing as true good or true evil, that morality is relative to the observer. He had no mercy or compassion for others. He held other people in contempt.

Dylan was not a psychopath; he was a depressive. He had been thinking about killing himself for two years and self-medicated with alcohol. Dylan was lonely and self-conscious. He was disgusted with himself. Dylan was also very smart and had a bright future ahead of him. He was introspective. He believed in God and an afterlife. Unlike Eric, he did believe in ethics and morality. He showed that he had the capacity for love, often writing about his crush on a classmate.

As I said, the Columbine massacre reminded me that there are truly evil people out there who are bent on hurting as many people as possible. But tragedies also reveal how much goodness there is in the world and how much healing is possible when people respond with love.

Cullen told the stories of many survivors and families of the victims – stories of struggles, resilience and forgiveness. Cullen was personally impacted by Patrick Ireland, a student who was shot in the head and foot. Although he had brain damage and had to struggle through rehab, his injuries did not define him or set the tone for the rest of his life. Val Schnurr is another example of a survivor who endured years of pain, therapy and counseling. She chooses to focus on the positive and is not consumed with understanding why the tragedy happened. She forgave the parents of the killers and bears no ill will towards Eric or Dylan.

In the years since Columbine, there have been many other mass shootings. After Columbine, I hoped that the national response would be to pass commonsense gun control legislation. With every tragedy, my hope wanes. In some cases, mental illness plays a role in the decision to kill others but most of the violence in America is not linked to mental illness, it’s a symptom of our violent culture. In two years, when America looks back at Columbine, how will we explain the fact that we have learned nothing?