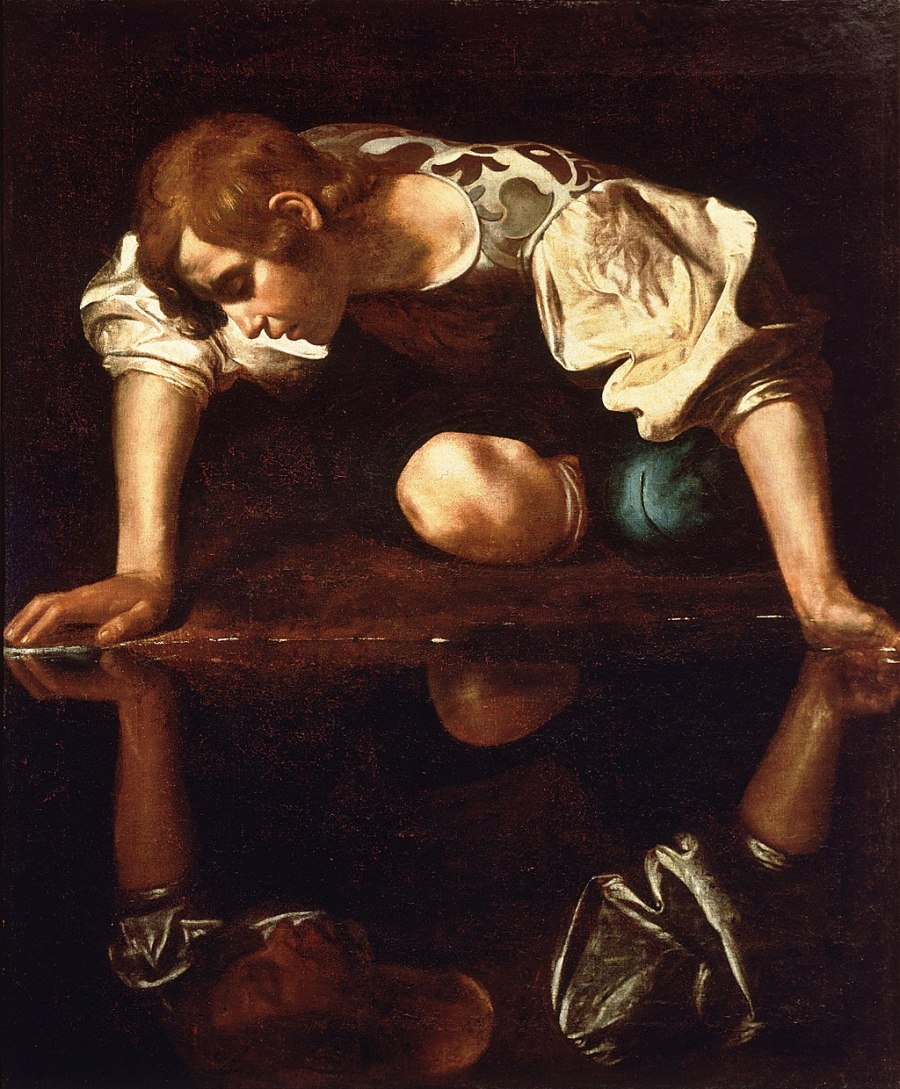 In Falling Upward: A Spirituality for the Two Halves of Life, Richard Rohr discusses the important task that must be completed successfully in the first part of life before a person can mature spiritually in the second part of life. Early in life, given the right environment and discipline, human beings develop what Rohr calls a strong “ego structure” or self-identity.

We have all seen what happens if self-centeredness is not challenged. If a person is not held accountable for their actions and never has to face consequences for behaving badly, they will not behave well socially. An undisciplined person does not get along well with others. He doesn’t keep his word. He does not honor his commitments. He doesn’t admit his mistakes and he never learns from them.

I can’t watch the news these days without seeing a glaring example of ego development gone wrong. The leader of the United States boasts shamelessly of his accomplishments even when he fails. He brags about his intelligence though he is clearly unread and uninformed. He becomes enraged when criticized or held to account for his actions.

How does narcissism develop? Narcissistic personality disorder is thought to be caused by a combination of genetic and environmental factors. As a child, the narcissist may have been excessively coddled or pampered, superficially inflating the ego, or conversely, have been excessively criticized and denied parental approval. Regardless of the cause, the narcissist does not develop a realistic sense of self. He develops a grandiose sense of his importance and must expend great amounts of energy building up his “false self.”

The narcissist needs to receive constant affirmation of his greatness from others. “Anything that builds the narcissist’s ego up and re-affirms his feelings of superiority, grandiosity, and entitlement” is known as narcissistic supply. Attention – good or bad. Applause. Being feared. Celebrity status.

The constant need for affirmation explains why the poster child of NPD surrounds himself with sycophants (more commonly known in my world as brown-nosers, butt-kissers, bootlickers or other unflattering names). It also explains why the narcissist-in-chief holds pep rallies so his fans have the opportunity to applaud, adore, even worship him.

Another characteristic behavior of narcissists is narcissistic rage. Because narcissists believe that everyone should admire, agree with and obey them, they become enraged when people don’t. They feel like they are justified in fighting back. For example, when the honorable John McCain, recently repudiated the president’s nationalistic rhetoric without even saying his name, the president struck back saying, “be careful because at some point I fight back…and it won’t be pretty.”

Narcissists rage at and tear other people down because they need to feel bigger, stronger, smarter, more successful than everyone else. According to Mark Goulston, M.D., when holes in the over-inflated persona are exposed, narcissists have to “spackle the holes in their core that lead to a feeling of instability.”

Of all personality disorders, narcissism is among the least treatable because narcissists rarely admit that they are flawed. So the president, although  not likely to ever lose his prestigious, powerful position because of his personality disorder, is likely to be stuck in a never-ending fight to maintain a false image of himself. He puts himself on a pedestal, delighting in the attention his position draws. He behaves badly, demonstrating willful ignorance, casual cruelty, shameless immorality, opening himself up to criticism, exposing the holes in his core. This enrages him because in his mind, no one is better than him, so he acts out like a spoiled child and is criticized even more by the adults in the room. Yet he goes on, strutting proudly and nakedly because the 71-year old emperor does not know that has no clothes.

Psychologically speaking, narcissism is never pretty. Spiritually speaking, I agree with C.S. Lewis. Pride is the great sin. Other sins are “mere fleabites in comparison.” Pride is the complete anti-god state of mind, the complete “I am god” state of mind. Narcissism is pride on steroids. Pride is competitive, comparative – the desire to be better, stronger, richer than someone else. Lewis said that pride is enmity, not just enmity between man and man but between man and God.

In God you come up against something that is in every respect immeasurably superior to yourself. Unless you know God as that – and, therefore, know your-self as nothing in comparison – you do not know God at all. As long as you are proud you cannot know God. A proud man is always looking down on things and people: and, of course, as long as you are looking down, you cannot see something that is above you.

For a couple of years now, I have struggled to understand why evangelicals admire and affirm a man who is clearly amoral, a man with an anti-God state of mind. His ego is broken and must be artificially propped up on a daily basis. Many of his supporters wish that his opponents would shut up and ignore his disordered personality. But what this wretch really needs is to be brought to his knees by the one true God – the one who saved a wretch like me.

The sacrifice you desire is a broken spirit. You will not reject a broken and repentant heart, O God. – Psalm 51:17

the pathology of narcissism