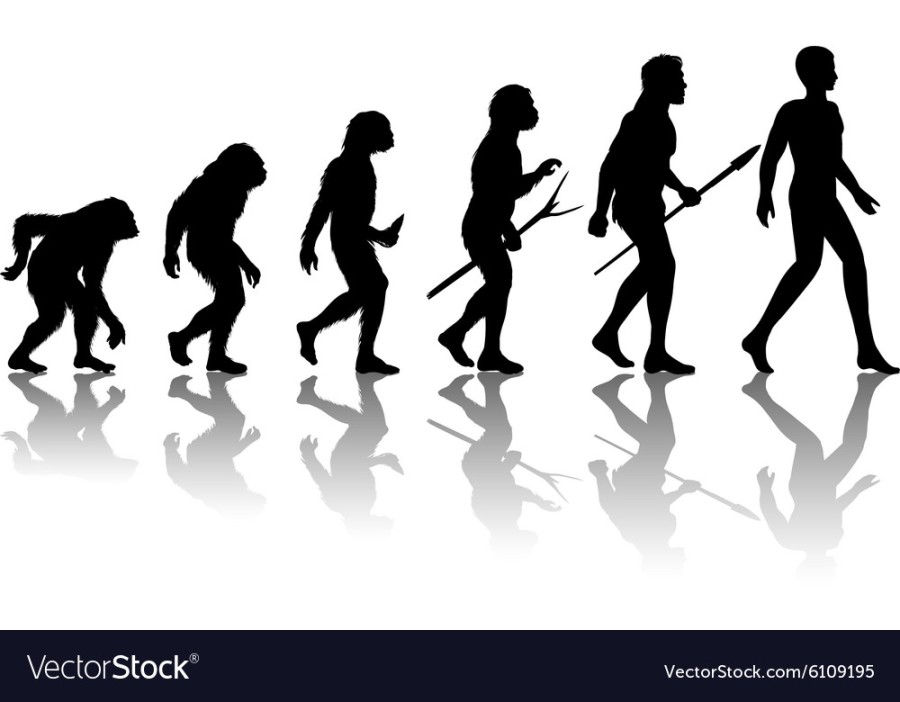 The third lesson of Focus on the Family’s Truth Project is Anthropology: Who is Man? Our culture’s assumptions about mankind conflict with the Christian worldview in significant ways: beliefs about the essence of man, his moral state, and the purpose of his existence. Is man purely the product of mindless forces? Is man basically good? Is our purpose for existence nothing more than self-fulfillment or do we have a higher purpose?

Is man merely a physical being or both flesh and spirit?

The first chapter of Genesis say that God created the heavens and the earth; before the earth was formed, the Spirit of God hovered over the waters. So from the earliest scriptures, God is described as a creative being with a Spirit. According to Genesis 1:27, “God said, “Let us make mankind in our image, in our likeness…” If God has a Spirit and we were created in his image, it follows that humans are more than a physical being.

Spirit is defined as “the nonphysical part of a person which is the seat of emotions and character; the soul.” Scientists study the brain to find physical or chemical explanations for emotional or even spiritual experiences. And while scientific knowledge is useful, it doesn’t disprove what intuition and experience tell us is true. Many of us have a strong sense that there is a powerful life force within us that is independent of our physical bodies.

In the video lesson, Dr. Tackett asked one of his students: do you do what you want to do? I don’t think the student understood what Dr. Tackett had in mind because he responded yes. The apostle Paul wrote, “I do not understand what I do. For what I want to do I do not do, but what I hate I do.” Paul realized that the sin living in him kept him from doing the good that he desired to do. (See Romans 7:15-25).

I don’t do what I want to do. I want to be good. I want to be in control of my emotions. I know that I shouldn’t get angry when things don’t go my way. But even though I want to be patient and calm under pressure, evil is right there with me making me a prisoner of the law of sin at work within me. No matter how good my intentions are, I am a slave to my impulses.

Christians believe that when God created the first man and woman, they were good. Sin entered the perfect world God created when man disobeyed God’s command to not eat from the tree of the knowledge of good and evil. Man still bears the image of God within his being but he also has a sin-prone nature. As a result of “the fall,” our sinful nature is in constant conflict with the Spirit of God. As Tackett says, there is a “conflict between humanity as it was meant to be and what it has actually become as a result of sin.”

What does our culture say about our moral state? Dr. Tackett quoted psychologist Carl Rogers, who said, “I do not find that evil is inherent in human nature.” If people are not inherently sinful, where does the sin come from? Why do good people do bad things? Secular psychology places the blame on cultural influences. But as Rollo May asked, who makes up the culture if not people like us? And how can a culture become evil if there is no inherent tendency towards evil within each of us?

What do we need to be fulfilled as human beings? What gives our lives purpose?

Dr. Tackett says that the notion “that man is basically good and that his greatest need is to self-actualize and get in touch with his inner desires” is a “pernicious lie.” We certainly deceive ourselves about our sinfulness. We focus on outward appearances of goodness. We compare ourselves to others and conclude that we are not as bad as they are even though other people cannot see the sins hidden in our own hearts.

What is our greatest need? Dr. Tackett spoke dismissively about Maslow’s theory of the hierarchy of human needs. According to Maslow, once our lower level physiological needs are met, we ultimately seek self-esteem and self-actualization. Self-actualization can be defined as self-fulfillment or reaching one’s personal potential. Maslow’s original five level model has since been expanded to include cognitive and aesthetic needs and a level even higher than self-actualization – transcendence.

I am not as dismissive of Maslow’s ideas as Dr. Tackett. I don’t see the hierarchy of needs as necessarily self-centered. There is nothing wrong with wanting to be your best and reach your potential. To me the pernicious lie is the objectivism philosophy expressed by Ayn Rand. She said that “man exists for his own sake, that the pursuit of his own happiness is his highest moral purpose, that he must not sacrifice himself to others, nor sacrifice others to himself.”

Thinking about human nature reminds me of the essay written by Rabbi Soloveitchik, The Lonely Man of Faith. He pointed out something I had never noticed before about the story of creation in the bible. In the first chapter of Genesis, it says that God created both male and female at the same time. He told them to be fruitful and fill the earth and to subdue it and to rule over every living creature on earth. In the second chapter, the story is very different. In this version, God created man from the dust of the ground and breathed life into him. He put man in the Garden of Eden to work and take care of it but prohibited him from eating from the tree of knowledge of good and evil. Then God decided it wasn’t good for man to be alone so he created woman from man’s rib to be a helper for him.

The rabbi believed that the reason there were two versions of mankind’s creation is that there are two natures in man. Each nature has its own needs and purpose for being. The personality described in Genesis I, Adam I, strives to control his environment. He is achievement-oriented and has a practical, utilitarian approach to life. He is on a narcissistic quest for human dignity – to feel important. In contrast, Adam II yearns for a relationship with his Creator. He is humble and not self-centered. He is on a quest for redemption and so he strives to control the self and its selfish impulses.

Personally, I do not think it is truthful to look down at our culture from a religious point of view. Every culture is flawed because mankind has always been flawed. Many people who are outwardly religious have never honestly confronted their own need for redemption.

However, pragmatic modern man – whether secular or religious – works only with categories of the intellect, not realizing their limited purview. He adopts religion to the extent that he deems it as being useful and comprehensible to him. His is a religion of convenience, not commitment; it is geared to suit his own needs, not to serve God’s will. He does not comprehend the meaning of total devotion and does not sense the need for redemption, which constitute the essence of faith. The danger, then, is not just that secularists have ceased to understand the man of faith; it is that adherents of religion have ceased to understand themselves and their commitment.

Reuben Ziegler, an Introduction to The Lonely Man of Faith

The truth is, God designed man as a complex physical and spiritual being and he created a world in which we are in constant conflict with our human nature. Man often suppresses or ignores the Adam II part of his nature. He denies that God exists. He denies his need for transformation. For those of us who do pursue the quest for a relationship with God, we must honestly face the ugly reality of our own brokenness. We must confront the truth about who we really are and who God meant for us to be.