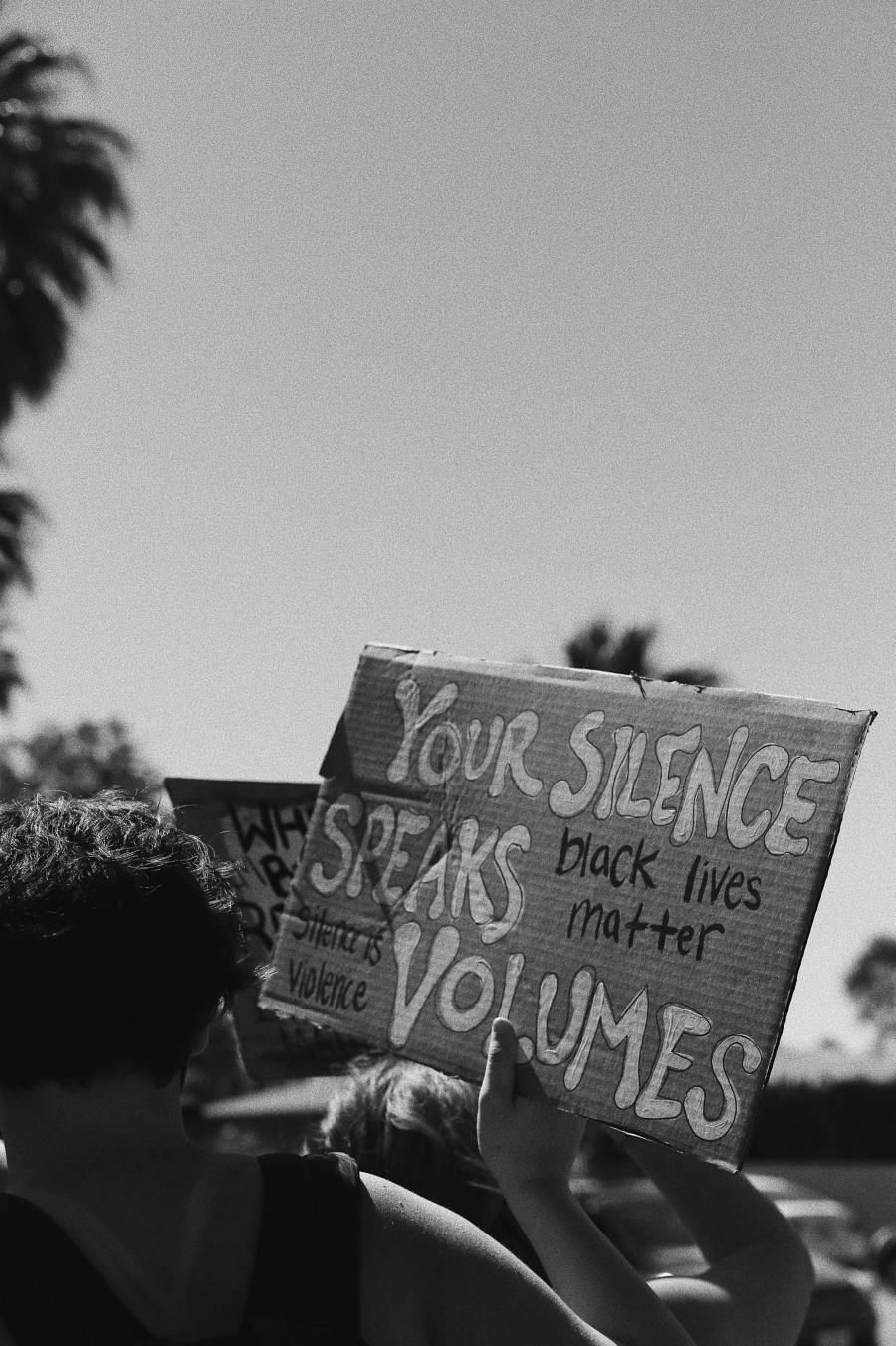 I will not be silent
in the face of injustice.
I will stand up
for the oppressed,
for people of color –
children of God.

In this land where
liberty and justice
are not for all
I will protest freely
I will act justly
I will love mercy.

Caste is the granting or withholding of respect, status, honor, attention, privileges, resources, benefit of the doubt, and human kindness to someone on the basis of their perceived rank or standing in the hierarchy.

In Caste: The Origins of Our Discontents, Isabel Wilkerson identified eight pillars of a caste system. I would describe these “pillars” as beliefs (or excuses) that are used to justify treating one group of people as inferior to another on the basis of something as insignificant as skin color. A caste system is not necessarily based on race. It can be based on gender, age, religion, social class, etc.

The first pillar Wilkerson discussed is “divine will and the laws of nature.” She began by describing the divine justification for the Indian caste system. In an ancient Indian text, Brahma, “the grandfather of all the worlds” was said to have created the highest caste, the Brahmans, out of his mouth or head. The lower castes were said to have been formed out of lower parts of the body – the arms, the thighs, the feet. The “untouchables” were considered so low, they were even beneath the feet of the lowly Shudra, “the servant, the bearer of burdens.”

In America, Christians historically used what has been called the “curse of Ham” as justification for enslaving people with brown skin. If you read the biblical text, the curse of Ham was actually Noah’s curse of his grandson Canaan, Ham’s son. Noah was angry at Ham for telling his two brothers that he saw Noah naked. The curse was not a curse of God and it had nothing to do with Ham or Canaan’s skin color.

Christians have used selected scripture as a pillar supporting the withholding of privileges from women in ministry. One day, when a woman gave the sermon at my church, I saw a man turn to his wife and say, 1 Corinthians 14:34. I immediately knew that he was referring to the verses that have been used to justify preventing women from speaking in church. “Women should remain silent in the churches. They are not allowed to speak, but must be in submission, as the law says.”

I have struggled to understand why Paul would write that women should not be allowed to speak. I found a compelling response to the question, Are women to remain silent in the church? in a blog post by Dennis Regling, an evangelist. He wrote that Paul often quoted other people before refuting what they were saying. Paul would use the Greek symbol ἢ before refuting the previous passage. The symbol basically means nonsense! or say what?

Both of these examples illustrate how important it is to use discernment when you hear someone attempt to use the Bible to justify something that you know is not consistent with who God is. Our response should be an emphatic ἢ. Nonsense! God created human beings in his image. We are to love one another as we love ourselves, to treat other people the way we want to be treated.

Photo by Alex Azabache on Unsplash